MESSAGES - WHY CEDAR RAPIDS, ALL THESE YEARS? 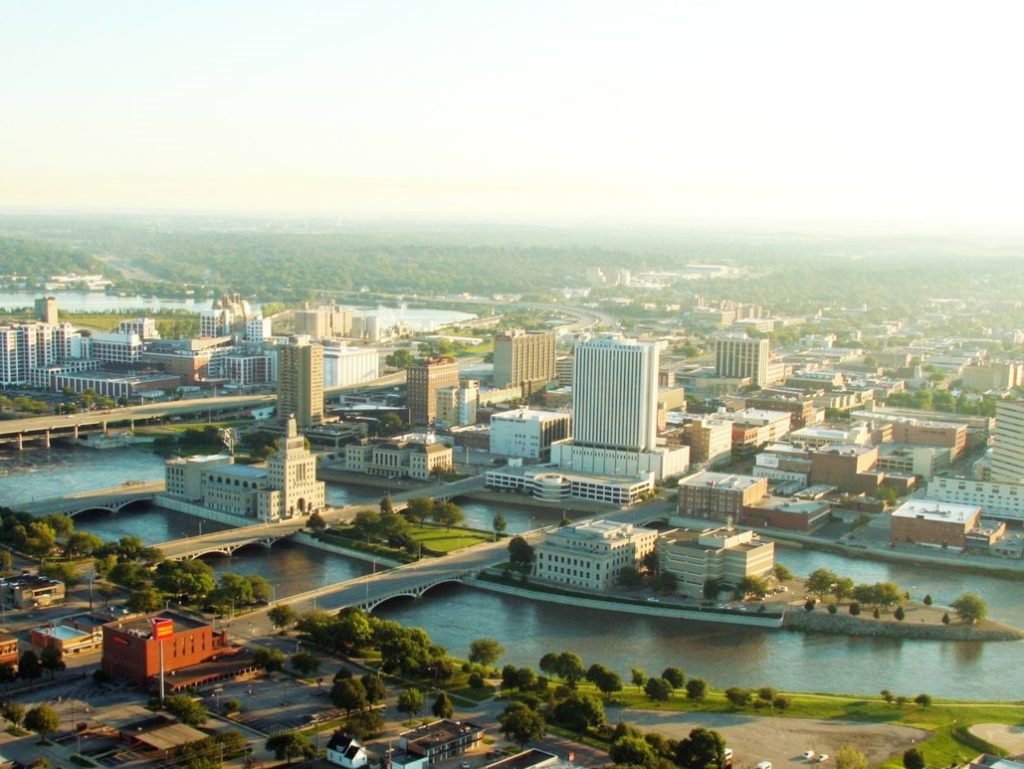 Woo-jin Jung arrived in Cedar Rapids on December 31, 1971.  He was to stay with a Korean friend who was then living in Cedar Rapids.  However, there was no one to greet him at the airport because his plane had been delayed by a snowstorm.  His English was poor.  He was alone in a strange, new land and had difficulty using the telephone to call his friend.  Upon arrival in the United States from Korea, Jung had only $35 in his pocket.

His first job was pumping gas in a gas station on 15th Street and Mount Vernon Road SE.  He ate one meal a day.  On Friday’s he treated himself to a wonderful meal at the KFC restaurant for 99-cents.  By Wednesday he would be “abuzz with excitement” and by Friday “delirious” with anticipation.  The meal revived his “body and soul” and he is sure he will never taste anything better than the KFC Friday lunch meal for the rest of his life.

In 1973, he opened his first Tae Kwon Do School at the same location on Mount Vernon Road SE.  In 1979, he built New Life Fitness World in Cedar Rapids.  It was the first health club owned and operated by an immigrant in Cedar Rapids and the biggest the city had ever seen.  He went on to build 13 more health clubs including facilities in Iowa City, Columbia, and Lexington, South Carolina and Fort Meyers, Florida.

Very grateful for his success, he wanted to give back and in the late 1970s, he started forming foundations and charities to help others.  He said his inspiration came from the community of Cedar Rapids.  He formed Jung’s Black Belt Association, a school scholarship for children in his hometown in Korea, the Grandmasters’ Honor Society and the Jung Family Foundation.

Don Canney former Mayor of Cedar Rapids, fought in the Korean War.  He remembered Koreans as a good people and he and Woojin became close friends.  Cedar Rapids and ulsan, Woo-jin’s hometown, became sister cities.  In 1989 Woojin assisted in bringing PMX to Cedar Rapids.  This amounted to a $500 million investment and 600 jobs for the community.

In 2007, he sponsored the Goodwill Tour which hosted the North Korean Tae Kwon Do Demonstration Team on a tour of the United States.  The team performed in Los Angeles, San Francisco, Cedar Rapids, Louisville and Atlanta.  This had been a dream of Mr. Jung for which he’d worked the prior 16 years to create.  This was the first tour of its kind and brought citizens of North Korea and the United States together with no political agenda.  In 2008, on a similar cultural exchange, the New York Philharmonic played the U.S. national anthem in North Korea for the first time.

Now, over 40 years after his arrival in Cedar Rapids, Woo-jin Jung is known as one of the most successful Tae Kwon Do masters in the United States.  He runs seven fitness clubs and owns several shopping malls.  He operates a 36-acre Tae Kwon Do Training site in the Rocky Mountains and is the publisher of the Tae Kwon Do Times Magazine.

Back to All Messages