GRANDMASTER JUNG TO VISIT PYONGCHANG DURING THE OLYMPICS 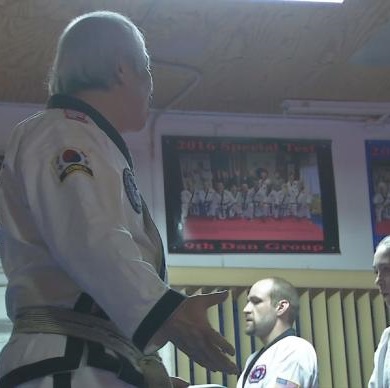 | CEDAR RAPIDS, Iowa (KCRG-TV9) — An eastern Iowa man is going to be a part of Olympic coverage in South Korea during the winter Olympics. The Korean Broadcasting System is putting together a documentary on Woo Jin Jung. He’s the founder of Jung’s Tae Kwon Do in Cedar Rapids.

| “In this city, no one knew Tae Kwon Do. The first time I opened people would come in and say, ‘What’s the lunch time special?’ And I would say. ‘This isn’t a Chinese restaurant.'”

| That was almost 50 years ago, shortly after Jung came to the U.S. from South Korea. At the time, he only had a few dollars to his name. But since then, he’s become a decorated teacher– training more than 5,000 black belts. He says a student’s biggest takeaway should be respect.

And Jung works to expose his students to different cultures. He worked for years to bring the North Korean Tae Kwon Do National team to the U.S. He says it’s one of his greatest achievements.

| Jung believes Tae Kwon Do can help unite the world, if people learn to appreciate one another. And he says he’s honored he brought that lesson to Cedar Rapids.

The documentary will air in South Korea during its Olympic programming on February 22nd.