In 2007 the North Korean Taekwondo team came to the United States as a part of the Goodwill Tour and in 2008 the New York Philharmonic Orchestra went to Pyong Yang, the capital city of North Korea in a cultural exchange. For the first time in 50 years there was a historic exchange where the U.S. National Anthem was performed for the first time in North Korea by the Philharmonic Orchestra. These momentous events served to pave the way like a deer road towards peace, both nations making history as this exchange pioneered future collaboration. 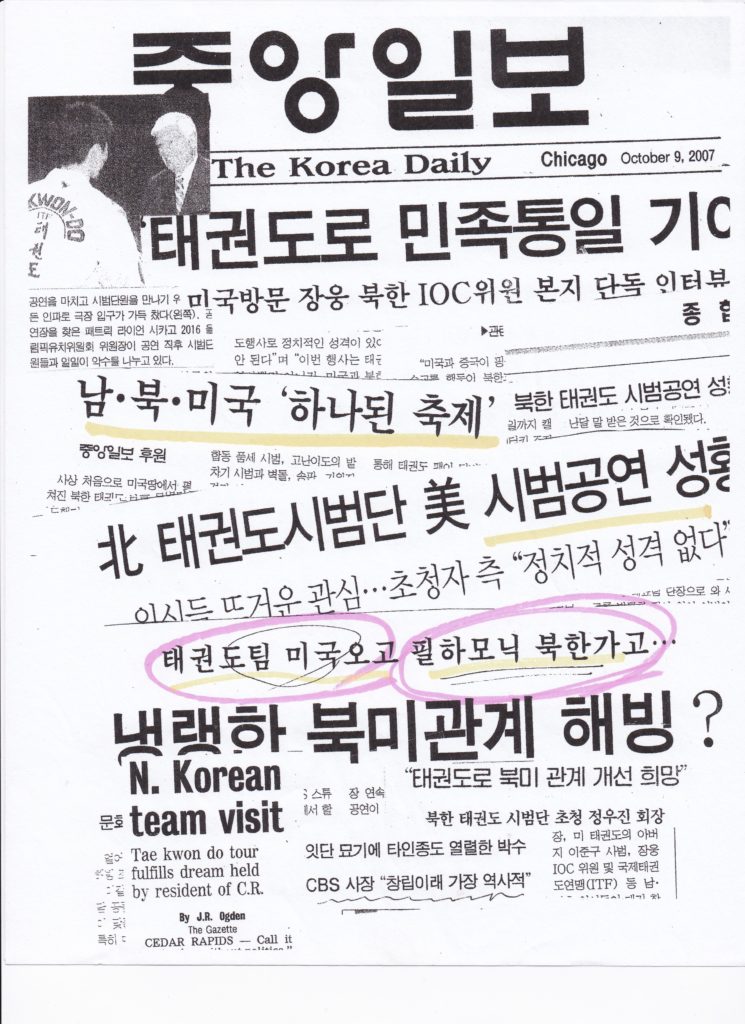