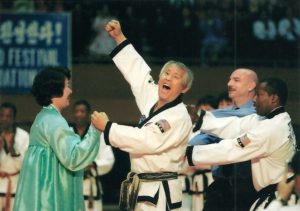 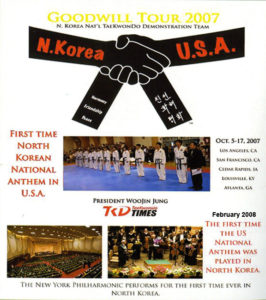 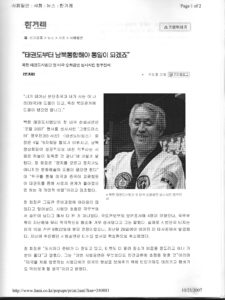 | Grandmaster Woo-jin Jung once again traveled to North Korea on a peace mission, hoping to unify the Koreas. During his visit, he visited Chunji Lake on Baekdu Mountain, which is the highest volcanic mountain (2,744 meters or 9,003 ft) in the Changbai mountain range, which lies on the borders of North Korea and China. He traveled there with other members of the Tong Il Unification group, from Russia, Argentina, England and the U.S., as well as with French documentary maker Pierre-Olivier Francois, who captured some amazing footage of the Tong Il group making friends with some local North Korean middle school children and men of the North Korean military. 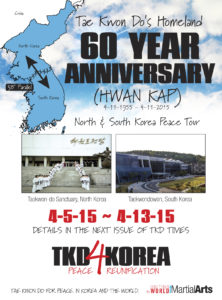 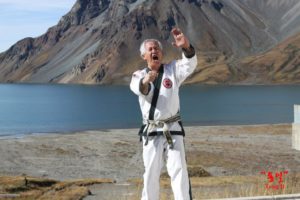 | Grandmaster Jung has sought and continues to seek unification between the countries, not out of political aspirations, but out of the deepest love and respect for his homeland Korea and humankind. He has orchestrated several trips to North Korea and two Goodwill Tours, which brought the North Korean Taekwondo Demonstration Team to the United States in 2007 and 2011 to demonstrate their amazing martial art abilities and to create a cultural exchange of peace between the U.S. and North Korea. It is his lifelong dream to see his homeland of Korea reunited, and his instrument is Taekwondo.| For TaeKwonDo Times Publisher and ninth-dan Grandmaster Woojin Jung, his mission is truly, Uniting the World Through Martial Arts.